The wireless revolution has been one of the great economic successes of the 21st century. At the turn of the century, a mobile phone was still essentially a device for making and receiving calls along with short text messages.

Today the whole Internet fits in our pocket and comes with us nearly everywhere. It has transformed not just how we conduct business and arrange our social lives, but how we get our news and settle debates in the pub—there’s little point in “arguing over facts” when the facts are just a few short taps away.

But in the midst of all this disruption, the mobile industry itself remains a cozy cartel. The names and brands have changed in recent years, but the fundamental fact remains that a small group of companies are the gatekeepers to our mobile world. They lock up wireless spectrum for decades at a time. Then, almost like the letters patent of the East India Company of old, they milk these government-granted monopolies for economic rents, extracted from we, the citizens.

In a telling example of the power of this cartel, the Government late last year negotiated a £5 billion deal to improve mobile-phone coverage in “not-spots” and “near-not-spots” around the U.K.

In a competitive market, you would expect market pressures to achieve these goals, but such is the state of the mobile cartel that the Government must threaten and cajole the carriers to offer improvements that should arrive in the ordinary course of business for a company offering services to the public.

Similarly, the Government is currently taking bids from two carriers to provide wireless broadband to our emergency services. Thus the Government will effectively subsidise the rollout of commercial 4G services by hugely profitable private interests in return for hazily defined “priority” for blue-light personnel. The Government argues that the alternatives are too expensive, which merely proves the degree to which regulatory capture in wireless has left the foxes guarding this most valuable henhouse.

Government auctions of wireless spectrum were, in their time, perhaps the least bad way of apportioning the airwaves. They provided an incentive to build out networks, and taxpayers received some consideration for the use of those frequencies—in the case of the 3G auctions in the early 21st century, even a bonanza from the speculative bidding that resulted.

But it’s now time to break up this cartel, and to replace the quasi-market mechanism of auctions that lead to monopoly control with a truly unfettered market for wireless services. The solution, in a word, is commoditisation.

Whether in oil or grain or timber, commodities markets make possible levels of economic efficiency that would otherwise be unimaginable. And so too with wireless bandwidth. Turning bandwidth into a commodity, traded continuously in electronic markets, will upend and disrupt the old models of telecommunications and wireless providers to degrees unseen since the advent of the Internet.

Today, spectrum is bought and sold in periods measured by decades and spanning whole countries. But in a commoditised world, wireless bandwidth will be trading sometimes for mere minutes at a time, for service covering a single intersection or city block. This in turn will give rise to new businesses and business models as hard to imagine today as a “search engine” was before the Internet was commercialised in the 1990s.

This disruption, now inevitable, will challenge the survival of many large vested interests. Some will adapt and embrace the new facts in the air, while others will be creatively destroyed by them.

The UK, once a world leader in wireless, is lagging behind this revolution, in no small part due to the influence of the wireless cartel. In the US, the Obama Administration is actively looking at technological alternatives to the outdated auction/cartel system. In a recent Wall Street Journal oped, the Chairman of President Obama’s Council of Economics Advisers and his Chief Technology Officer both argued for “changing the traditional spectrum model of exclusive, licensed use.”

The authors, Mark Furman and Megan Smith, noted that “many organizations have begun to explore new technologies for sharing spectrum more efficiently and new economic models for allocating this scarce resource.” This in turn, they wrote, “will require new economic models to allocate these rights to their best uses and to allow taxpayers to capture their share of the value.”

One thing that is very clear is that in the UK, the mobile incumbents have no interest in seeing their cozy cartel disrupted by “new economic models.”

The next British government will need to decide whether or not it wants the UK to have a chance at regaining leadership in the coming mobile revolution, or if it’s happy to continue cashing one-off cheques from a rent seeking cartel. If it’s the latter, we will see these disruptive, revolutionary new business models and growth producers take root elsewhere first, while the British mobile cartel gradually collapses under the stale weight of its own lack of innovation.

Brian Carney is Senior Vice President at Rivada Networks, and a member of the board of Arpent Technologies, a wholly owned subsidiary of Rivada. 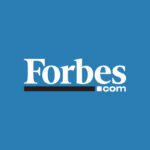 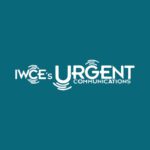