Rivada Networks recently announced that the company has been granted a patent for its approach to enable public-safety preemption on commercial wireless networks, even when the networks are so congested that communications efforts normally would remain in queue.

Public-safety and other government personnel have long had access to the Wireless Priority Access (WPA) program, which allows key personnel to be given priority over other wireless-network users in the queue to make a call. However, while WPA provides priority within the queue, it does not preempt callers that already are using the network. As a result, a public-safety call from a fully loaded cell sector would remain in the queue and not go through until an existing network user stopped communicating.

“When I looked at Wireless Priority Access and the queuing process, I was trying to address a lot of the shortcomings that I saw [with this patented technology],” Smith said during an interview with IWCE’s Urgent Communications. “Even though WPA is a great piece—it’s an excellent first step—it just doesn’t [meet all of public safety’s needs].

“I said, ‘We’re on first base [with WPA]. How are we going to get to second base, third base and the end goal?”

This patented approach uses many of the concepts and technologies that Rivada Networks employs in its Tiered Priority Access (TPA) technology, which is designed to enable prioritization and ruthless preemption to authorized users on a dedicated public-safety LTE network, such as the system being built by FirstNet, Smith said. With the patented approach, commercial wireless carriers could allow similar preemption for public-safety purposes on the commercial networks—if they want.

“Can they do it? The answer would be ‘Yes,’” Smith said, noting that it could be done with software changes that would be coordinated with carriers and infrastructure vendors. “Would the wireless operators be willing to do it? They may have internal policies in terms of how they want to handle things, so initially there may be resistance on this. But, when you think about it, there was a lot of resistance when E-911 began … and now, look at where we’re at.”

Key scenarios in which the patented technology would be useful include when a 911 call-taker loses connection with a caller located in a congested part of a commercial wireless network, Smith said. Currently, attempts to reconnect to the emergency caller are limited by the normal queuing process. However, with proper authorization through the patented process, the 911 call-taker could “reach back” into the network and immediately reconnect with the emergency caller, according to Smith.

“This is the kind of technology that can really save lives,” Rivada Networks CEO Declan Ganley said in a prepared statement. “We’re proud to be working to make emergency services more effective and ordinary citizens safer.” 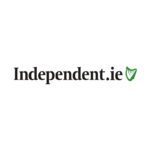 Money is not what makes me tick, it’s the challenge, a hungerRivada Articles 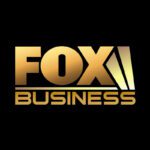 The ‘Uberization’ of the Wireless Industry | Fox Business VideoRivada Articles