A trading platform that will allow investors to buy and sell wireless broadband like a commodity has been approved by the U.S. patent office.

Rivada Networks, a U.S. communications technology company, announced on Thursday it had obtained a patent for its bandwidth trading platform.

«For the first time, a technology exists that will allow for wireless broadband spectrum to be traded like any other commodity — bought and sold in real time,» said Rivada CEO Declan Ganley.

Ganley said the broadband industry was facing a «spectrum crunch», and that Rivada’s platform would help any excess capacity be bought and sold more quickly.

«Radio spectrum is fast becoming one of the most valuable natural resources on the planet. In developing this market we will not only commoditize spectrum, but hugely improve its efficiency and utilization by allowing the market to allocate lower prices for the least-used blocks of bandwidth,» he said. 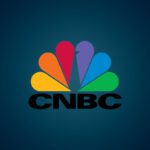 CNBC – Watch out for this ‘game-changing’ new commodityRivada Articles