Carrier aggregation is increasingly important to achieving the wireless-networking speeds that users and their preferred applications demand. A feature of the LTE-Advanced specification, carrier aggregation permits the use of multiple frequency bands simultaneously to increase throughput at the handset.

Rivada’s invention allows the handset to aggregate carriers across different, unrelated networks. For example, take a subscriber whose network operator has purchased wholesale access on a second network in that subscriber’s area. By taking advantage of Rivada’s multi-operator carrier aggregation, that user could combine the available bandwidth on both networks simultaneously, achieving speeds that would be impossible on either network on its own.

“This flexibility and performance improvement is just the latest application of Rivada’s game-changing technology,” said Declan Ganley, CEO and Chairman of Rivada Networks. “Combined with Rivada’s patented spectrum-sharing technology and its open-access wholesale platform, this invention opens up revenue opportunities for network operators and much greater flexibility for users and mobile virtual network operators alike.” 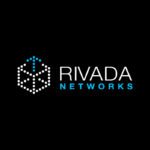